The views contained within this article are entirely my own and do not necessarily reflect past or present opinions or policies of any other person or organisation.

Culture really matters when doing business, especially in Indonesia.  An understanding of the cultures, outlooks, perceptions of the people with whom we do business, as well as an understanding of our own cultures and values, has enormous real practical application and value.  What follows is an email reply I sent to Mr.  Dennis De Tray, the former country director of the World Bank in Indonesia at the time of the economic crisis.  It briefly discusses why "culture matters". 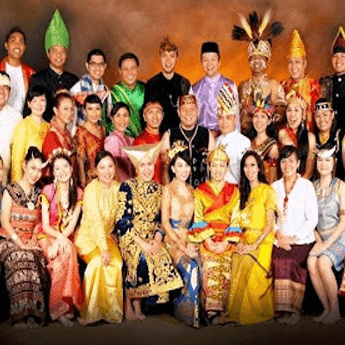 It's taken me a while to get back to this.  I've just got back from my project in the wilds of Tasikmalaya (West Java).

> The IMF address temporary (a two-year assignment here in Hanoi)
> but is not as important as the fact that I was the World Bank's
> country director in Jakarta from '94 to April '99.  You probably
> knew this, but just in case.

Well, actually, it did not ring a bell until you mentioned it 8-). Reassembling your name into the right order brought back fond memories of the "good old days", when life was full of New Order certainty, and all the trains ran on time ... ;-)

> By the way, the problem with cultural views of
> countries and development is that they don't
> generally have practical implications.  That
> doesn't of course mean that one should ignore
> them, but it is hard sometimes to know what
> to do with them.

This statement of yours has been rolling about in my brain off and on for the past few weeks.  The problem for me is that what you say seems to embody some inherent truth.  However, such a view seems to completely contradict much of what I have been about these past five years as a practising business consultant in Indonesia.

In my opinion, a "culturalist" approach is absolutely essential for any foreigner doing business with Indonesians and/or in Indonesia.  To take any other approach is to invite disaster, as the constant procession of Western businesspeople leaving Indonesia with their tails between their legs these past few decades should testify.  For me there is not a day or hour that goes by without me needing to deal with often complex matters that always have some kind of basis in traditional Indonesian -- usually "Javanese" - cultures.

For me as a Westerner doing business in Indonesia, a deeper than average knowledge of Indonesian culture has very direct and practical applications.  Just to cite one isolated example from my current experience: I am presently engaged as a management consultant to an American firm in Tasikmalaya producing items for office/home use made from pandan and coconut wood. 100% of the product is exported to the American HQ in San Francisco, amounting to about 4-5 large containers per month. 350 Sundanese workers are directly employed by this enterprise, and a largish network of dependant outside suppliers of raw materials and services is also supported.

Several years ago an Indonesian manager - an ostensibly "Westernised" Javanese from Jepara called "Suharto" (no (direct) relation!) - was employed to handle the day to day operations of the factory.  Over a period of time, however, the owners noticed that his behaviour becoming increasingly "strange" and distant.  Communication was difficult, internal affairs of the factory increasingly opaque, and accountability virtually nil.

The enterprise was being operated in classic Javanese fashion, with the manager "reigning" more than managing, and with huge power distance between himself and others in the factory.  Information flows between sections in the factory were disjointed and highly inefficient.  Various informal factions formed within the factory, with the beneficiaries of the manager's largesse clearly siding with him.  The rest of the workers comprised a discontented, frustrated and powerless mass.  These conflicts and divisions were consciously invoked by the manager in order to keep the workers in a constant state of instability.

By mid-2000 it was becoming clear that this manager was organising for a forceful takeover of the factory, enlisting the assistance of the local bureaucracy and black magic practitioners (dukun santet), and invoking nationalism as his principal catch cry.

More than six months ago I was called in to retrieve the situation; to "depose" Suharto, to restore control to the legitimate owners, and to establish new legal and administrative structures for the enterprise.  The ensuring "war of the shadows" was intense and sometimes dangerous, with Suharto pulling out every stop to regain control, including trying to get all the foreign parties involved (including myself) deported and/or arrested, and seriously stirring up the workers with a barrage of half-truths, lies and mystic terror.

There were a few occasions when the lives of both myself and my management team, foreign and Indonesian, were directly threatened by large near-hysterical mobs mobilised by Suharto.  The factory workers were tense and confused, not knowing who or what to believe, and alarmed all the more by the frequent discovery of remains of black magic ceremonies within the factory grounds, along with santet writings on walls and floors.  Snakes, real and perhaps some imagined, were appearing everywhere in and around the houses of people closely associated with my management team, including at the houses of the local auditor I employed, the foreign owner representative, and some key factory workers.  Snakes are the favourite weapon of the dukun santet when their magic requires a little kick along.

[Tasikmalaya, much like Banyuwangi, is a renown major centre for dukun santet, and like Banyuwangi a few years ago, very many alleged dukun santet have been ritually murdered here recently.  Tasik combines an explosive mixture of powerful forces, including the indigenous animist traditions, traditionalist syncretic Islam (NU), and modernist Islam (Muhammadiah), each of them competing for power and influence over the local population and its resources, with often lethal consequences.]

Though intensive efforts, my team finally managed to wrest control of the factory and to neutralise the influence of Suharto, though even now he occasionally casts shadows over the enterprise.

Anyway, this message is getting quite out of hand so I'll try to get to my points: In my view culture really matters!  And it matters even more in Indonesia, I think.  An understanding of the cultures, outlooks, perceptions of the people with whom we do business, as well as an understanding of our own cultures, has enormous practical application and value.  For example, such an understanding would lead me to never, ever give a loan to an Indonesian businessperson, especially a Javanese, without absolute watertight security up front, and even then ... . The "janji manis" (sweet promises) of Indonesians are notorious, even amongst Indonesians themselves! (Similarly, the word "akan" (will) used by ABRI brass a few years ago was the subject of derision and much hilarity for a period of many months in the local media.) Statements, promises and commitments by Indonesians, elites especially, frequently have a purely symbolic quality and not always have any basis in intention and are not always meant to be taken too seriously, even when they are on paper in black and white!

The tangled and tortuous personal finances of the average Indonesian should be warning enough as to their understanding of the concept of money and its value.  Many Indonesians are in a perpetual cycle of debt to friends and relatives, and are easy prey to demands for money from these same people.  I frequently have employees who request that I not give them their full wages when they want to go home to visit their village, because they will be obliged to share it to their relatives.  The obvious question I used to ask was: "well, why can't you just put it in your bank account??" The problem is, if it's in their bank account, then it's technically in their possession, and many Indonesians would not feel good about lying about this, especially to their parents.  If I retain wages for these employees, they can say with "honesty" that they haven't got any money.

Bank savings is still a relatively novel concept to the vast majority of Indonesians.  Many Indonesians even nowadays still "save" by buying gold jewellery; rings, bangles in particular, and also in the form of consumer goods such as electronics.  If an "emergency" occurs these goods are sold or pawned.  I recall reading somewhere that PT Pegadaian (Persero), the state-run pawn broking agency, is one of the most profitable of all the Indonesian government operations (I can't check the truth or otherwise of this at the moment). Every single Ramadan, PT Pegadaian is overrun with people pawning their valuables so that they can celebrate Idulfitri.  The same happens if a family member needs sudden medical treatment. (I can sometimes know if a married female employee is going through a difficult patch financially if she is not wearing her gold wedding band.  The band usually/hopefully reappears a few months afterwards .)

Anyway, enough of this.  I hope I have managed to convince you a little of the practical implications of culture, especially as it applies to "doing business" in Indonesia.  Now whether these comments could be applied universally to other traditional cultures in other countries, I could not be certain; Indonesia is certainly a "hard case" when it comes to these matters!  And, to what extent such comments could be applied to the heady world of international finance, as opposed to direct investment, I really don't know.

The IMF address temporary (a two-year assignment here in Hanoi) but is not as important as the fact that I was the World Bank's country director in Jakarta from '94 to April '99.  You probably knew this, but just in case.

Thanks for the other references.  I look forward to reading them.

By the way, the problem with cultural views of countries and development is that they don't generally have practical implications.  That doesn't of course mean that one should ignore them, but it is hard sometimes to know what to do with them.

I have been doing some reflecting and writing on the Indonesia story, both the crisis and the pre-crisis successes.  In that context I was looking for a good summary of the role of "Javanese" factors leading up to Suharto's demise because I don't think one can understand the depth or breadth of Indonesia's crisis without understanding the Java connection.  I have many times said that Indonesians, even well- educated Indonesians, "knew" in the fall of 1997 if not before that for Suharto it was no longer "if" but "when." Your paper of the above title sets out this argument succinctly and clearly.  Although the paper is directed at political scientists and sociologists, in their own way economists are also at risk of making a major mistake in analyzing the causes of Indonesia's problems if they ignore the points your paper makes.

I have not read your more recent work but look forward to doing so.  Thanks again for a useful paper.